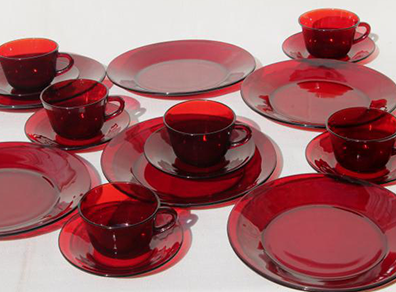 When I was growing up, going to Grandma Riley’s house for Christmas often rivaled the gifts.  My grandma lived in a little Kansas town called Fort Scott.  At Christmas my family would load up the old station wagon and head to grandmas.  I would sleep most of the way there until the station wagon tires would hit the brick paved streets of Fort Scott.  The familiar rumbling of the tires across the bricks signal that we were almost there.

We often were the first of the relatives at grandma’s house.  I loved getting there before all the other aunts, uncles and cousins filled up what I now realize to be grandma’s extraordinarily small home.  Getting to grandma’s house first, allowed me to spend a little quality time with her.  Granted she was busy filling the house with the aromas of turkey, stuffing and pumpkin pie, but she would talk to me as she cooked always making me feel like I was the only thing on her mind.  Occasionally, she would ask me to help her set the kid table AND the adult table.  Normally, setting the table would not be viewed as special by a young kid, but at Christmas time we had the honor of eating off of Grandma Riley’s ruby red dishes.  The special, don’t even look at them, touch one- let alone break one of them and you will be picking your own switch to be whipped with antique Ruby Red Dishes.

Eating Christmas dinner off of the Ruby Red Dishes was like the angel on top of the tree or the fancy bow on the present.  It just made Christmas complete!

I hope your Holidays will be as special as Grandma Riley’s Ruby Red Dishes!