The Sertoma Chili Cook Off

Every year towards the end of February the famous Sertoma Chili Cook-Off is held.  This fundraising event was founded by the Springfield Area Sertoma Clubs in 1981 and has become one of the biggest fundraisers/parties of the year in Springfield. The Chili Cook-Off features dozens of area businesses serving a wide variety of chili recipes that attendees can sample and enjoy, as well as voting for their favorite booth. Several live bands and activities are hosted throughout the day alongside the delicious food and drinks. When people hear about Chili Cook-Off coming up— they know it’s the event of the year to attend!

Proceeds from the event go to support the Boys & Girls Clubs of Springfield, one of the many charities Sertoma Clubs have been proud to partner with and support. Eating chili, hanging out with friends and family, having fun… and it’s all for a good cause!

ClassicLawns at the Sertoma Chili Cook Off

ClassicLawns has had a booth at the Sertoma Chili Cook Off since 2014.  We started with one small 10’ X 10’ booth and have moved up to 4 10’ X 10’ booths.  We always have tons of fun with our booth decorating it in crazy ways and dressing up in ridiculous costumes.  We enjoy being a part of Sertoma and doing our part in raising thousands of dollars for the Boys & Girls Clubs of Springfield.  Oh yea… and there is Chili.  Lot and lots of chili.  We cook 25 gallons just at our booth alone!  Learn more about this year’s Sertoma Chili Cook Off on our Facebook page here!

Help Us Raise Money for Charity! 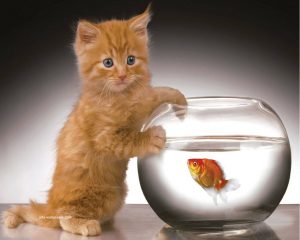 Just buying a ticket and showing up helps raise money for the event.  Not to mention all the fun you will have checking out the crazy booths, the costumes, and the live bands!  Wash down that spicy chili with a cold beer or whatever your favorite beverage might be.  Make plans to be there!  Just check out our Facebook page and event here for this year’s info!  While you are at the Sertoma Chili Cook Off you can help the businesses raise money for their Fishbowl.  The Fishbowl is a figurative bowl that each booth uses to raise money.  The booths raise money in a variety of methods.  Some sell merchandise, some have 50/50 raffles, and others have drawings for great giveaways.

ClassicLawns sells our famous GROWING GRASS AND SMOKING WEEDS T-Shirts and can coozies! We have a new shirt at every Chili Cook Off. Proceeds from the sell of our merchandise goes towards our Fishbowl which in turns goes to the Sertoma Charities!

While we go all out on our booth and costumes, (we have won several trophies for our booth, our showmanship, and our crazy outfits), ClassicLawns’ main goal is to always win the FATTEST FISHBOWL.  The business that raises the most money for the kids wins the FATTEST FISHBOWL TROPHY.  We have won Fattest Fishbowl a couple time including 2019 and we want to win this year too.  We want a dynasty on the Fattest Fishbowl Trophy!

You can help us win the FATTEST FISHBOWL Trophy by buying one of our cool t-shirts or some other merchandise at our booth.  However, even if you can’t make it to the event, you can still contribute to our Fishbowl.  Learn how by clicking here!