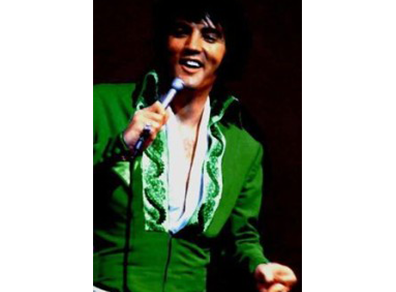 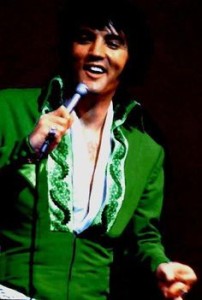 St. Patrick’s Day was always a big deal around my home when I was young. You wouldn’t think so with the last name of Carlson, but my mom’s maiden name was Riley and I am a direct descendant of Patrick O’Riley from Galaway, Ireland. Patrick was forced to leave Ireland in the early 1840’s for shooting a deer on land that was not his. So, the whole Irish thing was played up pretty big with my mom’s relatives.

In fact, my Uncle Donny made a huge deal about the St. Patrick’s Day parade in downtown Kansas City. While I grew up in the Kansas City area, my relatives were from a small town about an hour and half south of Kansas City. Every year they made a pilgrimage to our house and we would go to the parade. Not only was this great fun, but more often than not the parade was on a school day and my mom and dad actually let us have the day off from school! Now my Uncle Donny was a bit eccentric. He was a huge Elvis fan. He had the hair, the huge lamb chop sideburns, the shirts (which were always unbuttoned at least 4 buttons down the chest), and the attitude. He was a mix of James Dean, Elvis, and Fonzi and as a 10 year old kid, I idolized him.

We would go to the parade and watch all the fun and frivolity. However, most people were watching us because if Uncle Donny wasn’t a sight enough already, he would wear the brightest green overalls you ever saw with a pastel green ’70’s tuxedo shirt complete with ruffles which would be unbuttoned half way down his chest as always. If that was not enough of a sight, my sisters, my many cousins, and I would try to outdo each other with the green. Green shirts, green pants, green socks, green hats and if the greens didn’t match, even better. So, if you were at any of the Kansas City parades in the late ’70’ s and early ’80’s and saw a gaggle of kids in awful green outfits being led around by an Elvis look alike in green overalls, that was me!

Happy St. Patrick’s Day to everyone!